Adobe Illustrator (also known as ‘Illustrator’ or just ‘AI’), has long been a respected name in the world of design – it’s one of the most widely used graphic programs and offers an array of functions for graphic design and digital illustration. The application is used to create logos, drawings, designs for advertising campaigns and web projects, implemented in exactly the same way as tangible artworks. 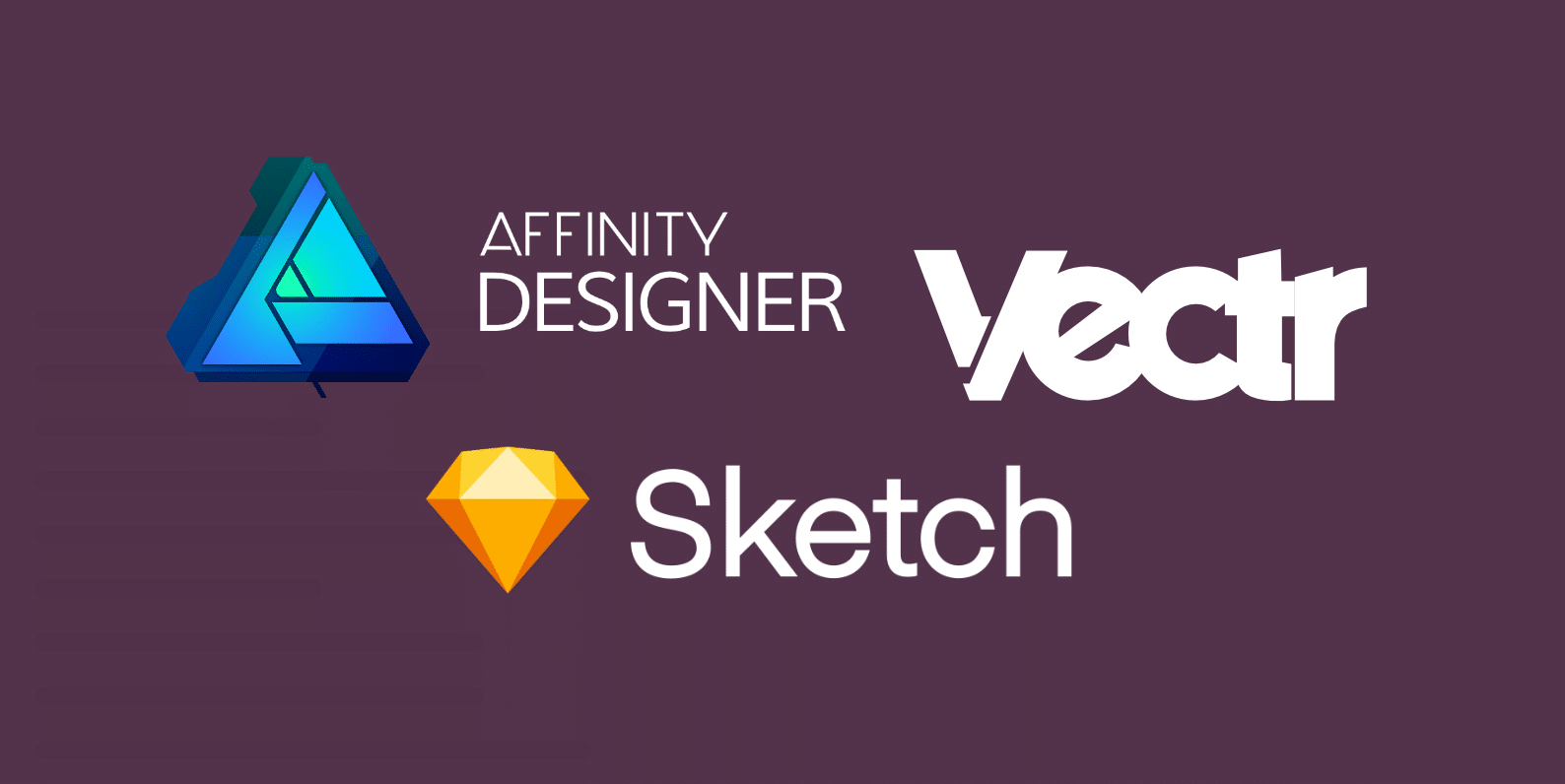 Adobe Illustrator is an example of vector graphic software. Therefore, unlike pixel or raster graphics, which are created with editing programs such as Adobe Photoshop and GIMP, Illustrator can be used to enlarge or minimize vector graphics without sacrificing quality. (For more on the differences between vector and pixel graphics, check out our digital guide article.) This means that the application is very well suited to producing visual content that serves as a template for various print formats or is used within web pages and other digital documents

One of the major downsides, however, is that getting the program on a Windows or macOs device comes at a cost to the private user. But there are also some free alternatives to Illustrator, which can also be used to create freely scalable computer graphics without any losses to quality. In this feature, we present the best alternatives to Illustrator – all of which can be downloaded for free. All of these programs support and create SVG (scalable vector graphics) files, which is the standard file format for vector graphics, as recommended by the W3C. With this format, graphics are saved as XML code, making it ideal for implementing and rendering on websites. 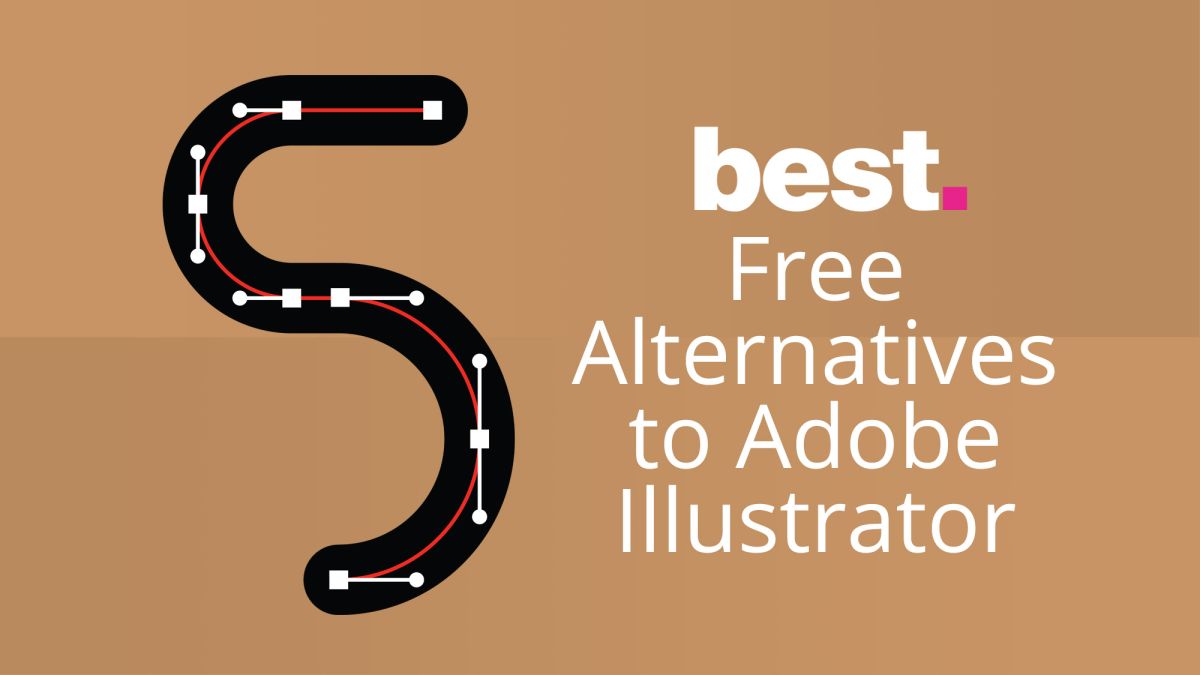 Inkscape is a relatively popular open source Illustrator alternative. This free, vector-based graphic program for Windows, macOS, and Linux boasts a range of functions that as almost as large as the Adobe program – all that’s missing is one palette of digital paintbrushes. Aside from that, Inkscape offers all the essential and popular tools for digital illustration. The program also has other special features; for example, it can support the use of a graphics tablet or export graphics as HTML5 canvas elements - an alternative to SVG for website graphics. 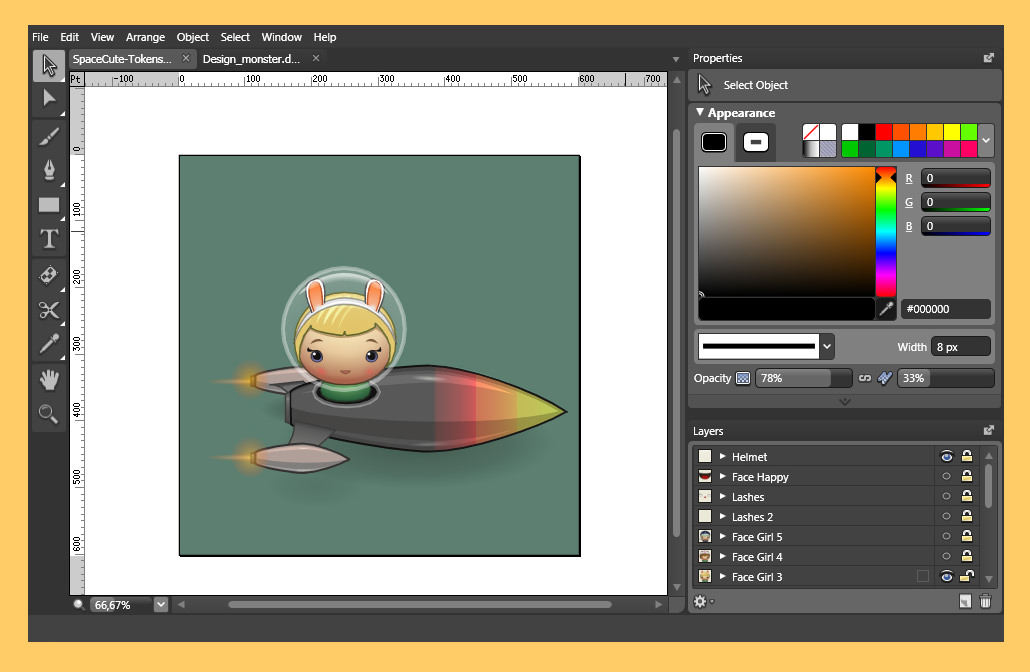 With regard to the design options, the market leader Illustrator only just beats the program, Inkscape – considering the vector graphics software is free, this is an extremely impressive feat. It’s even possible to download extensions for the open source application (although, again, there are not quite as many as there are for Adobe Illustrator). As well as the missing paintbrushes, Inkscape falls short in comparison to the market leader in another area: Inkscape cannot print graphics in the CMYK color model. This color model is of huge significance in printing technology, as it is the standard for four-color printing. Inkscape, however, does present various workarounds that can be used to export graphics in the CMYK color model. However, the setup is more cumbersome than with other vector graphics programs, and it can produce bad results if used incorrectly. Inkscape is therefore best suited to creating print templates.

Inkscape supports all common file formats (SVG, PNG, PDF etc.) – this also includes formats of other vector graphics software such as Adobe Illustrator (AI) and CorelDRAW (CDR). This means files created with other graphics programs can also be processed with Inkscape, and also that Inkscape designs can be completed with other programs, such as Illustrator.

When it comes to the program’s operation and usability, the jury’s still out. While some users consider Inkscape to be one of the most user-friendly graphics programs on the market, other users often criticize its operability in comparison to other popular vector-based graphic programs, claiming it’s too complicated to implement, or that the way the tools are used is simply much too different from other programs. The main reason for these complaints is that users are used to other programs, such as Illustrator, Sketch, or CorelDRAW, meaning that they need to reorientate themselves completely when using Inkscape. It’s for precisely this reason that Inkscape has included an article on their Wiki site, which explains the use of the program to users who previously worked mainly with Adobe Illustrator.

Overall, Inkscape can be considered professional and extensive free vector graphics software. Users who have already worked with vector-based images (or, at the very least, are familiar with the basics of image processing) should be able to familiarize themselves relatively quickly with this software – even though the navigation and commands are implemented differently than with most other graphics programs. On the other hand, beginners in this field can be quickly overwhelmed with the large variety of functions and sequences of the individual design processes.

There are also many different online graphics programs that can be used to create vector-based graphic illustrations. Gravit is just one of them. In order to use Gravit, all that’s required is a computer and an internet connection; the web app can then be used in full via a browser. You just need to register an account in order to do this.

After registering a Gravit account, users are provided with a personal online storage system – similar to Dropbox and other cloud storage alternatives. This allows users to save illustrations within the web app and upload existing graphics and insert them into designs. As well as the simple operation, Gravit is mostly praised for its team function, which allows different users to work together on graphics. Additionally, the web app even provides the output of designs in the CMYK color model.

The application also offers a variety of blank templates for YouTube, Facebook, and Twitter, which provide optimal dimensions for banners and posts on social networks. Various templates are also available for different print formats (e.g. A4, postcard size, flyer, business card), and presentations, web pages, e-books and various smartphone and tablet display sizes are also offered as templates. Gravit also offers some templates that already have a design, and these are free to use. It’s also possible to access more than 29,000 icons, over 1,000 photographs, and a selection of Google fonts (web fonts provided by Google), which users can access to create their own designs.

Gravit is very beginner-friendly. The website introduces the vector graphics tool‘s elementary features as well as providing video tutorials that outline the different functions of the program’s operation. While the range of functions falls short in comparison to Inkscape, Gravit is still an extremely useful web app for creating logos, banners, and layouts – especially for websites – as it can produce high-quality results quickly. However, one factor that tends to put prospective users off is the idea that the developers intend to make money from the tool in the long term. It would not come as a surprise if, in the future, certain functions were only available to users with a paid premium account. 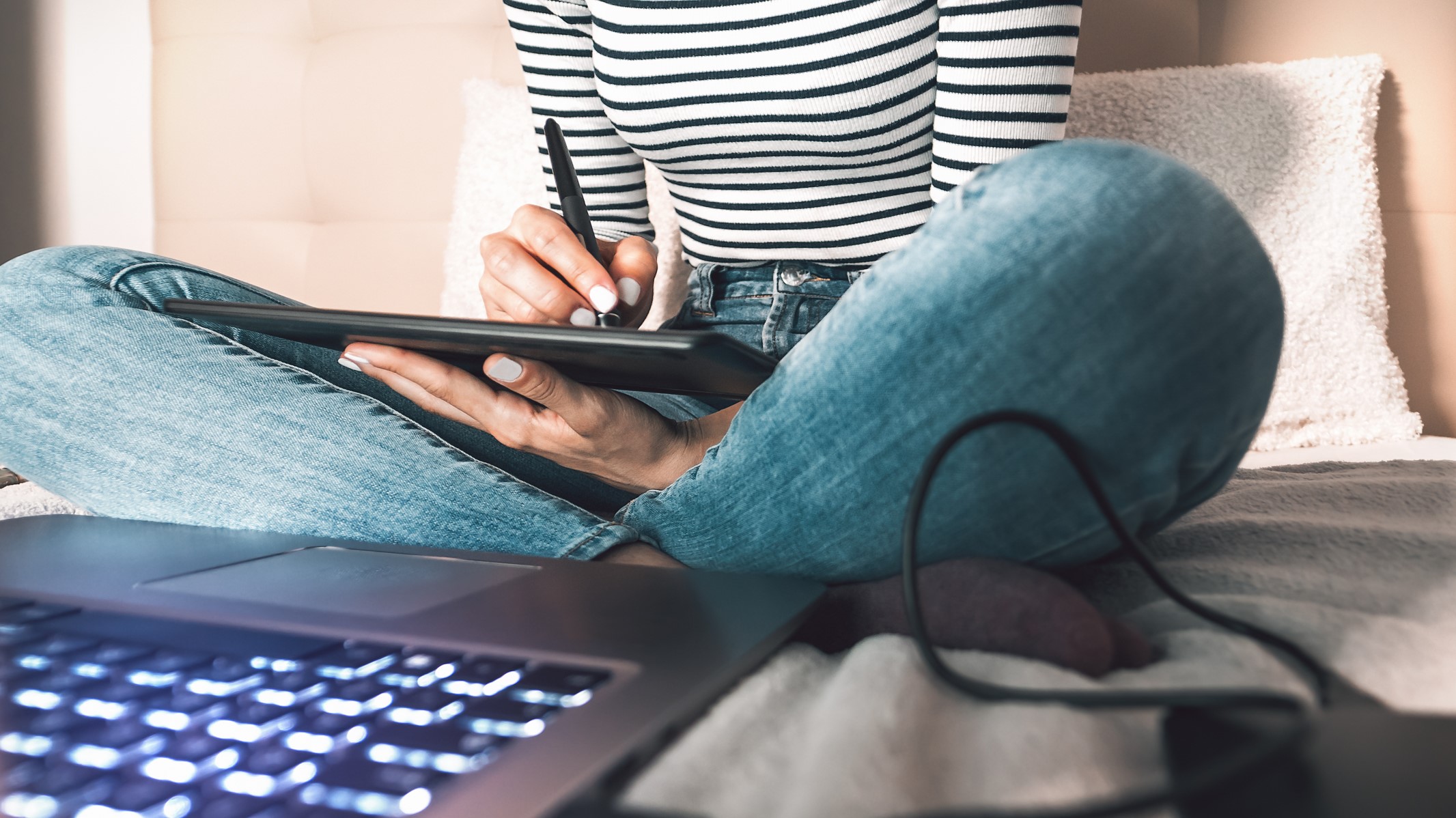 Launched in 2009, the open source software SVG-Edit is a pioneering vector graphic web application. Theapplication can be used in every modern browser – for this, users simply need to navigate to the SVG-Edit website on the GitHub platform and click the specified link under the path labeled ‘releases’. Alternatively, however, users can also download the source code and embed the application on a website. There are also various browser add-ons available from SVG-Edit.

SVG-Edit’s range of functions are similar to those of Gravit, although there are no templates and the selection of symbols and icons is considerably smaller. It is, however, possible to integrate external graphics with this program. One clear advantage that this program has over Gravit is that users don’t have tosign up to use the web application; users can simply access in via their browser and download their graphics on their computer. The fact that SVG-Edit is an open source application is a selling point for many users. This enables users to install the software on their computer and start it on the localhost.

The tool’s user interface is certainly not the most modern, although it does offer all the essential functions. One major drawback, however, is that SVG-Edit provides no explicit explanation for its range of functions. Because of this, the web app is more relevant for users with a certain level of experience in the operation of vector editing. Because of the lack of ready-made templates, freely available images, etc., SVG-Edit is recommended for users who want to implement their own designs independently and without pre-made templates.

Vectr is another great option for users who just need a simple design program reduced to the essential vector graphic software functions. The application is available to download for all current operating systems (Windows, macOS, Linux, and even Chrome OS), but it can also be used as a web application (with an internet connection, the files will be synchronized automatically). To be able to save the Vectr designs, users need to register or log in to a Facebook, Twitter, or Google account.

While the range of basic graphic design options on offer is very similar to Gravit’s in many respects, Vectr doesn’t have any templates or free photos and only offers a handful of symbols that users can include in their designs. But the online tool is similar to Gravit in other ways; for example, Vectr is ideally suited for beginners in graphic design and it also offers tutorials and instruction guides in the form of articles on the operator’s website. Furthermore, the program also allows several users to collaborate on a single design. At the moment, users can only view graphics being designed if the designer sends other users a link to their Vectr session. With this link, the designer’s interface is mirrored and broadcast via a browser. However, a real team function will soon be available, meaning that several people will be able to make changes to the same design. 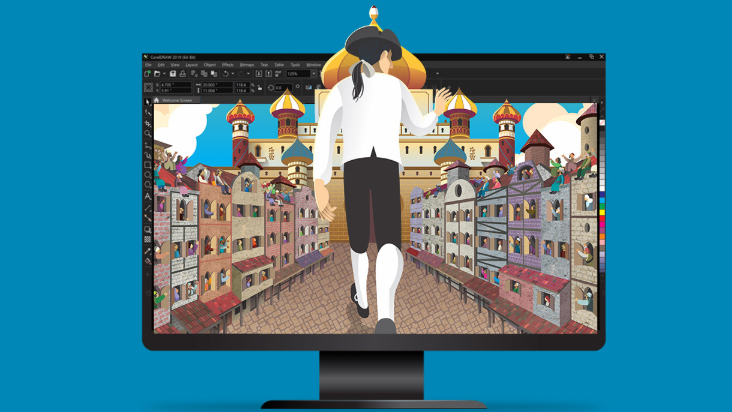 As these programs demonstrate, it’s not necessary to spend a lot of money in order to get good vector-based graphic software. All the applications in this article are worthwhile alternatives, especially if you just need simple images, logos, or icons for a web project. However, there’s a smaller selection of solutions for users that want to create professional print templates; out of the options presented, Inkscape is the best alternative to Illustrator for this, as it can produce graphics in the CMYK color model, even if it is complicated. Conversely, SVG-Edit and Vectr offer no CMYK output whatsoever. However, the two latter applications do have the advantage that they are available as web apps so they can be accessed via a browser without the user needing to install any software on their computer. This is also true of the online graphic tool, Gravit, although this program does require its users to register an account. However, with this service, users can store their projects in the cloud, take advantage of the extra benefits (i.e. symbols, photos, templates, etc.) and the possibility to collaborate on graphic projects with a team of other users.

When compared to most fee-based vector graphic programs, no free program is as powerful in terms of performance. Inkscape is the only free graphic software that comes close to the powerful market leaders: Adobe Illustrator, CorelDRAW, and Sketch. The program is therefore the only one introduced in this article that meets professional standards and it is by far the most potent of all the free Adobe Illustrator alternatives.