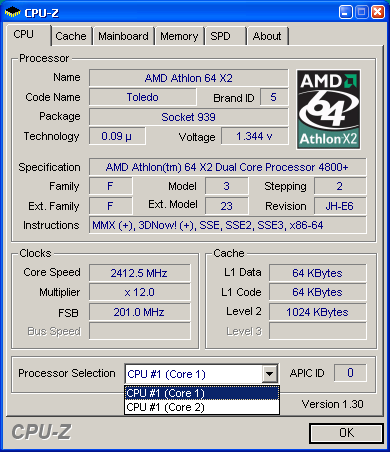 Found out my old hardware is not comppatble with Windows 10. Was throwing together a AMD Athlon 64 x2 4400+ on an Asus A8v Deluxe 3 gigs Corsair XMS Pro LED and POS 120 gig 2.5' SATA drive. Just wanted to test the hardware as I hadn't run it in several months.
I know I beta tested Win 8 Pro before release with the core of the hardware. I guess with Windows 8.1, Microsoft did not support a few older processors that used to meet requirements of Windows 8. . SUCKS for building that box. Keeping it to Win 7 Ultimate x64 for now
Anyone know the lowest level of x64 Proc of both Intel (which I use now) and AMD that meets the requirements and runs Win 8.1 and Win 10? I figure the P4 HT 3.0Ghz Northwood and Asus P4C800-E Deluxe (x86) I have as shelved parts may have issues too. The issue I had was it not being able to Execute the 'CompareExchange 128' process/ instruction. I suspect it is either a subset of SSE2 instructions or being able to remap over 4 gigs of memory..not entirely sure. I wonder if running x86 Wndows 10 will work. But that is like a lobotomy for a x64 proc.
BlackDragon
solangvalley – 2018