The Dreamcast is an extremely versatile machine – there’s no denying that. As if the commercial developers didn’t push the limits of the console enough, there are many homebrew and emulator developers out there that are trying to squeeze every last ounce of processing power out of the Dreamcast in order to bring more playable games to the Dreamcast’s arsenal.

The latest entries into this movement are gpspDC (a Gameboy Advance emulator) and PSX4All (a new Playstation emulator). Both the GBA and Playstation have had emulation attempts on the Dreamcast before. While the GBA has been quite a challenge for the Dreamcast, the commercially-released and later hacked Bleemcast ran a handful of Playstation games surprisingly well.

As you can see from the video clips provided by dcemu.co.uk (see links above) both emulators run commercial games relatively accurately, but do so very slowly.

This newest GBA emulator can run ROMs up to 32MB in size which is essentially a new record for the Dreamcast (keep in mind the Dreamcast has 16MB of RAM), so it is slowly making progress towards its goal of high compatibility.

While it is slower than Bleemcast!, PSX4All has the potential to surpass the reigning Playstation emulator in a couple areas. First of all, it looks like PSX4All has much better playback of FMV cut-scenes. Bleemcast hardly is able to play videos on any games. Bleemcast also suffers from the lack of game save support (at least for hacked games). So far, PSX4All isn’t able to save to the VMU, but it can save to RAM and hopes to transition the functionality to the VMU down the line.

A couple of years ago, almost any Dreamcast expert would have never thought that decent emulation for these “newer” systems would be possible. But those same people thought that running most any Neo-Geo or Neo-Geo CD game on the Dreamcast would be impossible as well. The very playable Neo4All proved them all wrong. Now just about any older system (except the highly-complex Saturn) seems to be fair game for the Dreamcast. 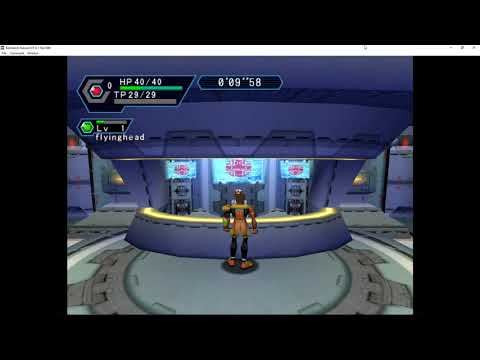 The only criticism I currently have about the Dreamcast emulation scene is that with all these newer discoveries made in how to efficiently emulate these more difficult systems, I’m a bit disappointed that most developers have given up on making a more accurate and playable SNES and Genesis emulator. While the current emulators are playable for some games, there is still much room for improvement. I personally would want to get these emulators perfected a bit more before moving onto these bigger challenges. Am I the only one that feels this way?

Dreamcast is the first representative of the sixth-generation consoles from Sega developers. Development began in 1997 (originally under the name Katana), and the first batch of consoles (under the name of Dreamcast) went on sale in November 1998, the year after it began selling in the United States. Worth to mention that the release date was unique – September 9, 1999, which is looks like 09/09/99. Since the October it began selling in Europe. The development was attended by famous world leaders such as Hitachi, Microsoft, Video Logic, Nec and Yamaha. For the firmware was chosen operating system Windows CE. The Sega Dreamcast in assembly already included a modem or network adapter for the Internet, and among the programs for the console appeared a browser. Start of sales turned out to be extremely successful. 300 thousand consoles immediately went to buyers, who have pre-ordered them, and one day after it was sold about 230 thousand consoles. Such a start has been made possible thankfully to the games that have been previously created for the Dreamcast. Among them are: Soulcalibur, Power Stone, Sonic Adventure, Sonic Adventure 2, Hydro Thunder. These and other games roms for Dreamcast can be downloaded for free on this page.