Lada/Vaz 2101: Soviet Traffic Police: 苏联交警： Lada/Vaz 2102: Soviet Police: 苏联警察： Lada/Vaz 2103: Soviet Traffic Police: 苏联交警警车： Lada/Vaz 2104: East Germany Police: 东德警察： Lada/Vaz 2106: Saint Petersburg Traffic Police: 圣彼得堡交警： Lada/Vaz 2107: Hungary Police:匈牙利警察：. At Gadzooks we want to be different from our competitors just like the enchiladas our company is built around. We have enchiladas, tacos, soups and nachos that are all customizable to your specific preference. Is a 25-year-old woman referred for newly diagnosed gestational diabetes mellitus (GDM) after having a 1-hour plasma glucose (PG) of 150 mg/dl during a 50-g glucose challenge test at 28 weeks' gestation. She denied any history of polyuria, polydipsia, polyphagia, or visual disturbances. During this pregnancy, she had gained only 5 lb by 31 weeks and denied any complications.

True to character, I replied with a monotone, “Okay, well, what do I do now?”

My doctor simply told me what I already knew and had been doing consistently for 4.5 years (to avoid diabetes, at that): eat well and exercise. 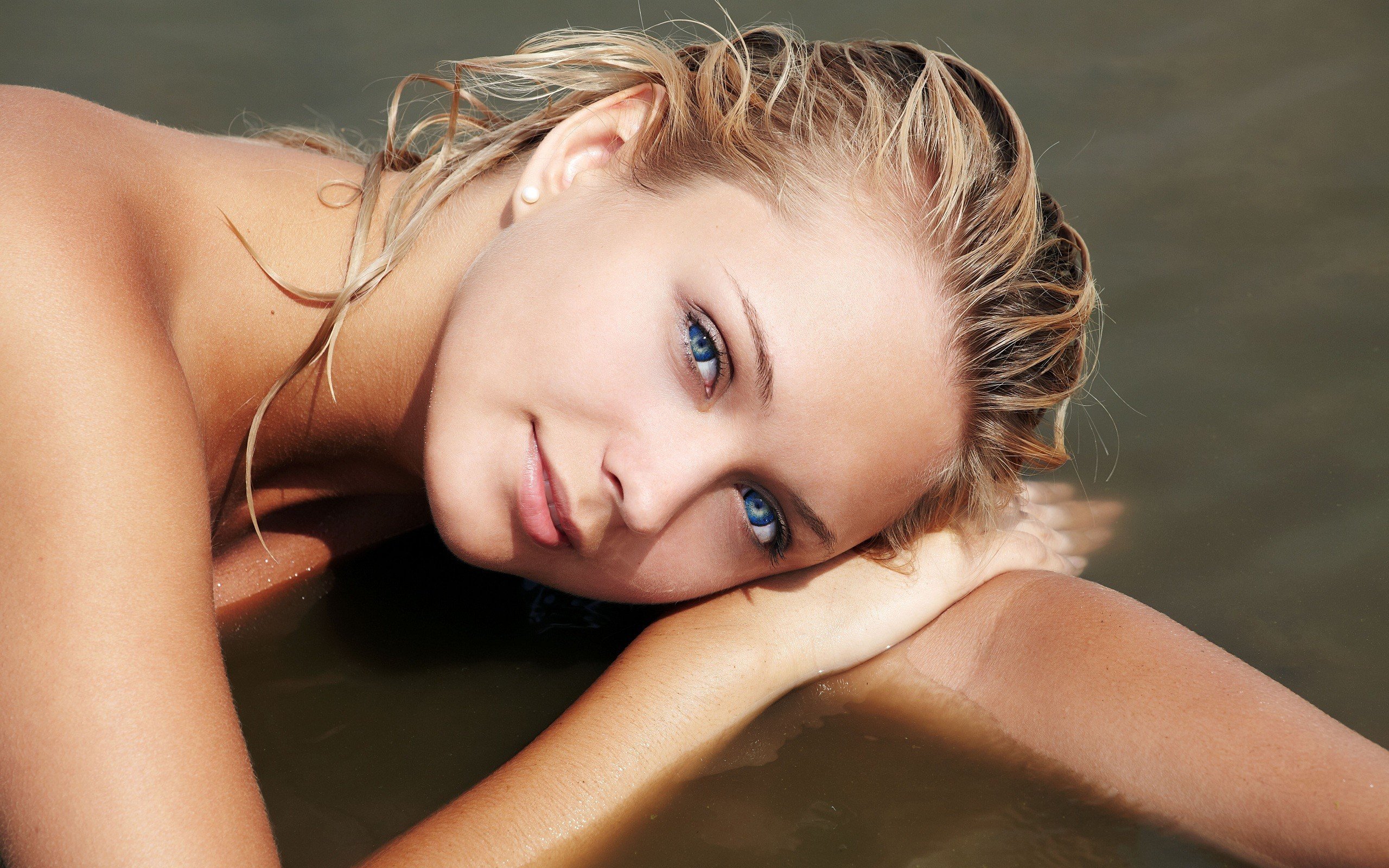 Wasn’t I doing everything “right”? I was put on insulin and metformin right away and had I waited for any longer to see a doctor, I would’ve been hospitalized.

That was nearly two years ago. Since then, I’d been pricking my fingers several times a day, injecting long-acting insulin twice a day, and taking metformin twice a day. I continued to exercise and keep a balanced diet, and for a while, things were working. My A1c went down to 8.1 percent and I felt proud I’d done something “right” at managing my diabetes. My doctor was certain we could reduce the amount of insulin I injected.

Instead, the opposite happened. 7 months later in late 2018, my new doctor told me my A1c went back up to 10 percent and increased my metformin medication to 1000mg per day. Again, I thought I was doing everything “right.” Eat right, exercise, take my meds, all that jazz…why was my blood sugar rising? For the next few months or so, my blood sugar would remain elevated until I saw an endocrinologist.

In late March 2019, I started to feel dizzy, almost drunk and recognized the signs of hyperglycemia. I tested my blood sugar and it was in the 400s — the closest I’d ever been to my original diagnosis number. Even on a high-carb day or a day when I’ve skipped taking medication, my blood sugar hasn’t come close to the blood glucose levels of my initial diagnosis. My colleagues brought me ketone strips and sure enough, I found small ketones, which is rare for people with Type 2 diabetes. I couldn’t pinpoint the cause of the sudden spike and I only had long-acting insulin to slowly bring it down. All I knew was something was wrong and I was happy my endo appointment was just a few days later.

It never occurred to me the cause was LADA.

On April 13th, 2019, I received test results from my endocrinologist and a note welcoming me to the “Type 1 Club.” I had LADA, latent autoimmune diabetes in adults. It’s unofficially known as diabetes 1.5, though people have varying feelings on that descriptor.

Living with Type 2 diabetes hadn’t always been easy. Before starting my job at Beyond Type 1, I’d been trying to find a community where I could feel like I belonged. Or if I couldn’t find one, I would make one. Even if I could find one person, especially one around my age, who could relate to my experiences with Type 2 diabetes, I’d be happy. And I did. Soon, I found people on all corners of the internet who were embarking on this cool journey called Beyond Type 2 to change the way the world views Type 2 diabetes and the people who live with it. I’d found my tribe.

To describe my feelings at the time of my LADA diagnosis, and even right now, is difficult. I’ll try, so bear with me. I think the shock was probably the least surprising reaction I had. What I couldn’t handle were the feelings of sadness, anger, relief, and confusion. So many questions ran through my head and tears streamed down my face. I didn’t know which emotion to address first.

In short, I’m going through a diabetes identity crisis.

Over the last week of having chats with family, friends, my therapist, and colleagues, I’ve determined answers to some of my questions. They’ve helped me realize that with this new identity comes a new perspective. But also, that a new diagnosis doesn’t erase my two years living as a person with Type 2 diabetes. A new experience doesn’t render my previous one as invalid. In fact, embracing my diagnosis opens up the opportunity to further explore why and how often adults with Type 2 diabetes are misdiagnosed. 90-95 percent of all diabetes cases in the U.S. are Type 2 diabetes, but how many of them are actually walking around with LADA? Misdiagnosed Type 2 diabetes cases can belife-threatening and even fatal.

I shouldn’t have to choose which group I identify with, though at the time of my writing this, I still identify with the Type 2 community. As time goes on and I continue to learn more about LADA, I’ll be able to feel more part of that group, too. In my short time at Beyond Type 1, my knowledge of diabetes has grown tremendously. The mission is to disrupt diabetes, change perspectives, and dismantle stereotypes. In the wake of my new diagnosis, that mission further evolves into discussing initial diagnosis and treatment standards and empowering people with diabetes, especially Type 2, to make sure they receive the right diagnosis. There are more questions than answers about the world of diabetes.

A new chapter and purpose

For the record, I don’t know when I will have fully processed my new life as a person living with LADA – I’m in no rush to do so. My treatment has changed. I count carbs now, I have to be more mindful about the insulin dosages of my now rapid-acting insulin and how to correct them if I eat too many carbs. I have to let go of my personal goal of reducing the amount of insulin, or getting off it completely. I’ve had several low blood sugars, even one at night, and it was a little frightening to know that could happen again. I know eventually one day, my body won’t be able to produce insulin at all and that also scares me. People are living with Type 1 diabetes every day, including most of my colleagues. Though I’m quiet, I’m observant. So I watch how they handle Type 1 diabetes on a daily basis and try to model my strength after theirs. Having my team as part of my support system is one of the invaluable aspects of this new chapter of my life.

I’m fortunate to have received the proper treatment; so many others do not. This is a chance to make a change to make sure they do. I’m hopeful the collective voices of people with diabetes will continue to make a positive impact on the health industry. My voice is one of many. Maybe someone reading this will want to learn more about their diagnosis, or maybe it will inspire a physician to take the initiative to rule out Type 1 diabetes before automatically assigning one to Type 2.

Groupe Renault achieves its CAFE1 objectives, the Renault brand is the electrical leader in Europe

Groupe Renault is aiming to turn around its performance. We are now focusing on profitability rather than sales volumes, with a higher net unit margin per vehicle in each of our markets. The first results are already visible in the second half of 2020, especially in Europe where the Renault brand is making progress in the most profitable sales channels and strengthening its leadership in the electric segment, said Luca de Meo, Chief Executive Officer of Groupe Renault.

The pandemic had a strong impact on our sales activity in the first half of the year. The Group was able to cope with this situation thanks to the mobilization of all its employees. The second half of the year saw greater resilience and a good performance in the electric and hybrid markets. We are starting 2021 with a higher level of orders than in 2019, a lower level of inventory and a higher price positioning across the entire range, said Denis le Vot, Senior Vice President Sales of Groupe Renault.

In the context of the Covid-19 pandemic, Groupe Renault saw its sales fall by 21.3% to 2,949,849 units, in a market down 14.2%. The decline in group sales was mainly due to its high exposure in countries which were strictly confined and suspended their sales activities in the second quarter, as well as a slowdown in the fourth quarter, particularly in France. In addition, the group has pursued a sales policy focusing on profitability over sales volumes.

In a fast-growing electric market, the Renault brand confirmed its leadership in the European electric market with 115,888 vehicles sold, an increase of 101.4% compared to 2019. ZOE is the best-selling electric car with 100,657 units, up 114%. In the electric utility segment, Kangoo Z.E. is the best-selling vehicle. The Renault Twingo Electric and Dacia Spring will enhance the Group's electric vehicle offering in 2021.
In addition to its electric range (BEV), Renault has been offering an E-TECH hybrid and plug-in hybrid on its best-sellers (Clio, Captur & Megane estate) since the summer. The brand is thus establishing itself on the market for hybrid and plug-in hybrid vehicles with more than 30,000 sales in Europe, representing 25% of order volumes for these vehicles. During the first half of 2021, the E-TECH range will be expanded with the arrival of the Renault Arkana E-TECH hybrid, Captur E-TECH hybrid and Megane sedan E-TECH plug-in hybrid.

Group sales totalled 1,443,917 units, down 25.8% in a market down 23.6%.
The Renault brand slightly increased its market share to 7.7%, up 0.1 point, thanks to the successful renewal of its B segment models (Clio, Captur and ZOE) and the successful launch of the E-TECH range.
Clio is the best-selling vehicle in its category in Europe with 227,079 units sold. The Renault brand thus increased its share of sales in the retail market by nearly one point.
The Dacia brand recorded a 31.7% drop in sales to 385,674 vehicles sold. The Sandero remains for the 4th consecutive year the best-selling vehicle within the retail market. Two of the brand's historic models, the New Sandero and New Sandero Stepway, have been available since the end of 2020. Dacia’s new dual-fuel petrol and LPG engines, which are offered on the majority of its range under the ECO-G name, account for more than 25% of its vehicle sales in Europe.

Outside Europe, Group sales were down 16.5%, mainly due to a 45% decline in sales in Brazil as a result of the reorientation towards the most profitable channels.

In Russia, the Group's second-largest country in terms of sales volume, Groupe Renault is the leader with a market share of 30.1%, up 1.2 points. Sales fell 5.5% in a market down 9.2%.
LADA confirmed its position as the leading brand in the Russian market with 21.5% market share. The LADA Granta and LADA Vesta remain the two best-selling vehicles in Russia. The Renault brand's market share fell 0.2 points to 8% pending the arrival of the new Duster in the first half of 2021.

In India, Group sales fell 9.4% in a market that was down 18.8%. Renault thus achieved a market share of 2.8% (+0.3 points) thanks to the success of Triber. In the first half of 2021, the Renault range (Kwid, Duster, Triber) will be expanded with the arrival of Kiger, a brand-new SUV.

In Turkey, the Group remains the leader in a market making a strong recovery.

In South Korea, the Renault Samsung Motors brand posted a 14.2% increase in sales in a market up 5.5% thanks to the success of its new XM3 model launched in March 2020.

In order to safeguard its communication, Groupe Renault certifies its contents with Wiztrust since February 20, 2020. You can check the authenticity of our information on the website www.wiztrust.com.

To receive our news in real time, subscribe to our alerts and select your preferences.
solangvalley – 2018